With millions of loyal gamers, excellent 3d constructions and virtual enemies, Minecraft’s gameplay is considered to be the best.

The game has made an impact on the gaming industry with its fun gameplay and designs.

The introduction of these mods made the gameplay to be more fantastic.

Then the below listed 25 best Minecraft mods that might be your only option of changing the gameplay.

Nothing is more annoying than stumbling from the mountain to another direction whenever you want to go down. 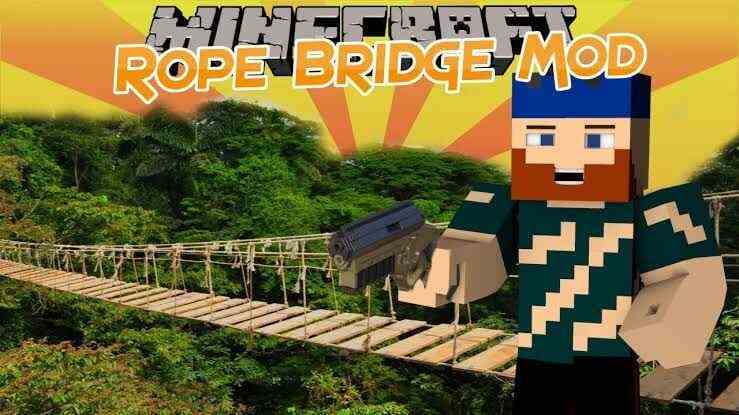 However, with this mod, you have the option of sliding from one destination to another.

When preparing to slide down from the mountain, a rope appears guiding you to the positioned destination.

Map mods are trendy among all Minecraft mods; most of them grant you complete access to discover items or other locations. 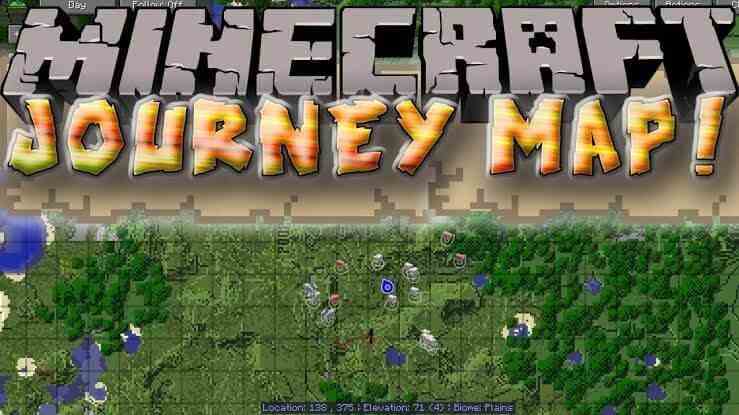 When using this mod, there is no way that you can be lost during the gameplay.

All those increases the game navigational features to the max to find the target easily.

The mod improves your game map to look exactly like a Google map.

Sometimes in the game of Minecraft, you might find yourself where nothing is around the space that might confuse you.

The mod Millenaire adds new content to fill up this space.

That is not the only purpose of this mod because all the villagers that look precisely like ordinary villagers will be changed to men, women, and children.

The mod even allows you to customise these villagers according to different tribes.

The Minecraft game has a complete list of actions and fun with several animals. 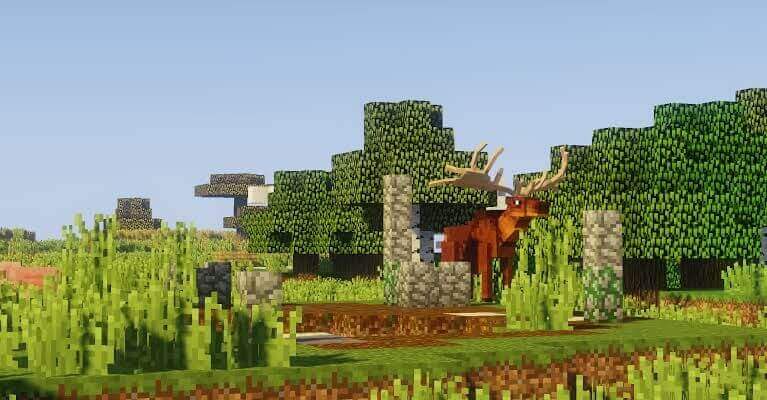 However, one animal is typically missing from the gameplay, which is dinosaurs.

Nothing will be more fun than riding on top of then while exploring the gameplay further.

The mods help you acquire enough fossil that can be beneficial to gamers in bringing back the dinosaurs and other beasts to life.

It will even improve most of the game texture elements.

As the Minecraft game allows you to craft tools from raw material. 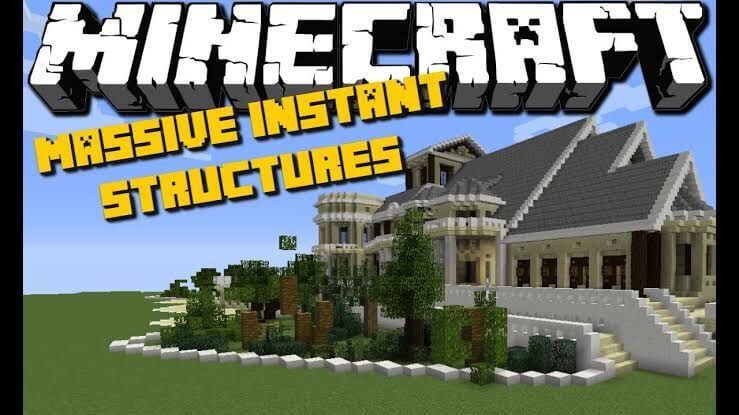 The massive structure mod will enable you to create as many structures as you want.

With this amount of construction, you can quickly develop castles or houses.

The mod is one of the best mods for the Minecraft game because it makes the gameplay relatively easy.

Even to the extent that buildings often auto spawn when adding blocks.

As the name shows, the mod transfers you back to a forgot city where there nobody.

An empty town that has been overlooked since or vanished.

With that, the mod brings fun to the gameplay as you try hard to survive for long on the lost city.

Although the mod also allows you to use other mods in improving the fun as you can switch between the destroyed town and stunning new areas.

The Biosphere mod was created for one purpose because creating an in-game biosphere takes hours, which tends to slow down the gaming fun. 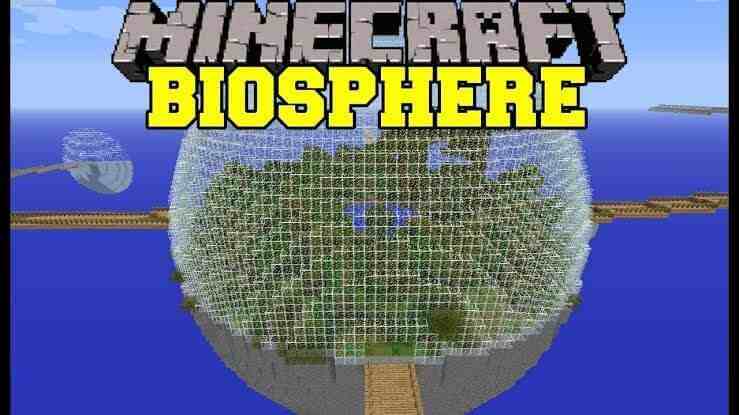 However, this mod is a game-changer as it lessens the amount of time it takes for the biosphere to be created.

With the mod properly installed, it removes all the obstacles and spawns delaying the building of the biosphere.

The Aether mod brings the heavenly realm to the Minecraft game, unlike the Nether that brings the hell realm. 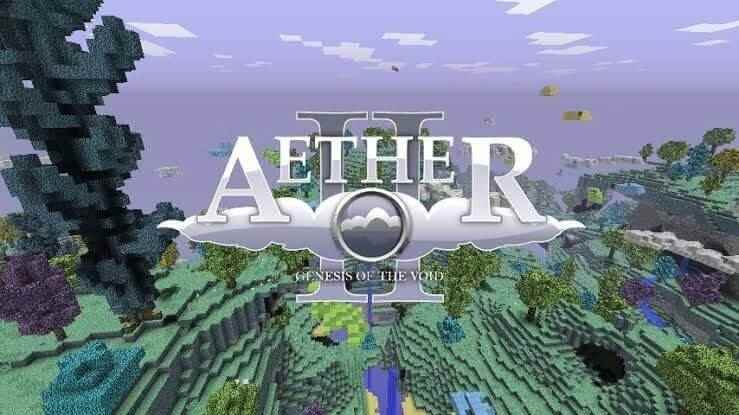 The mod makes things quite fun because if you are transported from the portals, you will likely find yourself above the cloud surrounded by stunning themes.

The mod was design to look exactly like the heavenly fantasy with animated Island.

Are you one of those people who want to play Optifine on your console with proper optimisations?

Even though Minecraft is a fantastic game, most gamers are still having a hard time adjusting the game to be playable.

It fixes all the game glitches and flaws. Optifine also lowers the resolution of the game to make it compatible accordingly.

It brings out the HD textures of the gameplay with more lightening features.

The new quests have improved graphics, variety, design and layout for you. 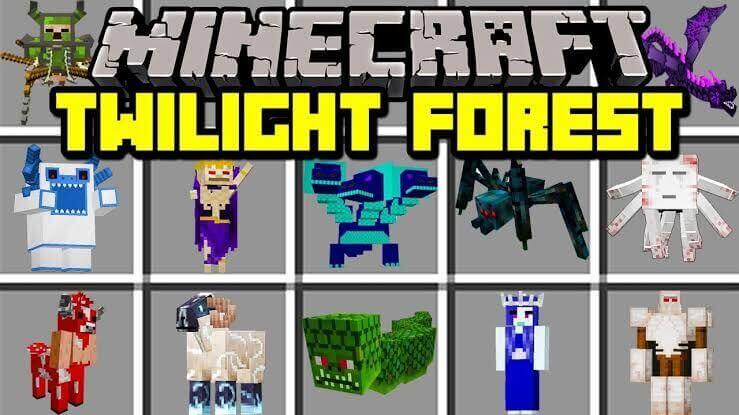 You’ll get the chance to encounter improved weapons, traps, tools and structures.

It allows you to even create portals inside the water pool by throwing a diamond inside it.

It boasts new rewards more than the original amount.

The Biomes O’Plenty mod is exciting and brings a whole new look on the Minecraft game.

New reefs and lavender were added to make the environment more appeal to the design.

If you have been missing the new world feeling, then here is the perfect mod to cheer you up.

Even the wilderness has been made stringent for a thrilling gameplay.

It does not require a lot of effort when setting it up.

It is one of the most organised Minecraft mods and the ability to indulge your gameplay with luxuriously modern but friendly flowers.

Even though the previous updates have not been very significant, but more updates will still be added.

One of the remarkable things about this mod is that it enables you to have excellent new flowers that you can use to heal yourself.

The Interface is splendid for any gamer who’s not comfortable with the old flower’s view.

The inventory is one of the things that is annoying during gameplay due to its limitation in picking almost everything.

You need to create the space for new items, so you will need to dispose of your previous items sometimes.

This mod will help you to enhance your inventory space with the help of specialised tools.

Installing this mod will help you in accessing all the items in your inventory immediately.

We gamers always get bored with having a low stock, which does not contain much.

You can now pick several varieties for the items in your inventory.

You do not need to see the annoying inventory full notification again.

The mod allows you to use magic by drawing the energy out other objects and using them to your benefit.

You can use the spell to shape items to your preferred shape and design.

The new structure can be created with this mod like altars, wands, and more.

It is not easy to perform magic immediately after implementing this mod, as you need to practice every spell.

The mod unlocks more features like diamonds as well as allowing you to talk to friends via mail.

The mod comes with a series of applications that will enable you to be connected with your friends.

More items can be crafted than before.

In the gameplay to keep the phone powered on, you will need a charger.

Which can be obtained by crafting one.

Sometimes it’s hard to spot the creepers during the gameplay until they are near you.

The mod allows you to locate the Creepers whenever they are near you.

Even with their bleeding ability, the mod differentiates them correctly.

Creepers are one of the deadliest creatures in the Minecraft game.

If you want, the game to get more fun than this mod is for you.

It replaces the old medieval fighters with zombie hunters.

It makes things fun as you have to fight against zombies.

However, the mod makes them extremely fast and smart enough to hide from sunlight.

Even though they will not be affected by it anymore.

You can choose to customise their setting through the mod config file to make things a little bit easy.

The ultimate apocalypse makes the gameplay more tensed, as you have to fight a series of creatures to collect enough supplies.

The supplies will help you to survive in the underground after five days as the world ends by exploding.

You will have to stay underground after the explosion surviving on top of the collected supplies.

The mod is similar to other design mods changing the game views with new trees and textures.

All the woods are the game will have a varied colour after applying Natura mod.

Even the plant and crops will be looking better than before.

Journey map mod is trendy among all best Minecraft mods; most of them grant you complete access to discover items or other locations.

When using this mod, there is no way that you can be lost during the gameplay.

All those increases the game navigational features to the max to find the target easily.

This mod will transform your game map into an exact copy of the Google map, thus enhancing the interface.

You’ll usually be confused with the default map, especially when you are in the wilderness or dark.

Construction of structures is what makes the Minecraft game fun.

Without the development of better tools, you will feel that the gameplay is still limited.

The tinker’s construction mod allows you to craft an excellent tool that is relatively better than the old machines.

Instruments crafted from the use of this mod can be repaired when damaged.

You have the opportunity of experiencing new structures, tools, traps, and weapons.

It allows you to even create portals inside the water pool by throwing a diamond inside it.

It boasts new rewards more than the original amount.

You will surprise to find more bees flying around after applying this mod.

If you are a programmer, this mod might be fun for you because you only need to control your game actions through code.

The more you craft a better computer, the better you can be able to do more.

The programming language required to manage the machines with simple Lua language that allows you to unlocked passworded doors and more.

Thermal expansion mod allows you to create a massive amount of power, which can be used in farming and mining.

The mod can combine with other mods allowing you to use more features.

When you are playing the Minecraft game, sometimes you will likely saw that the use of power is much required than usual, leading to you building big reactors.

The reactors can be customised and managed with the computer craft.

With the tool of carpenter and chisel, block mod, you can build more than usual.

Even your building will have a change of design as you create new structures with tools that add massive textures to the design.

The mod improves both the rail craft and Steve’s carts, allowing them to perfect better than usual.

With the mod, and improve rail track is added with new junctions and signals.

When it comes to carts, new wheels and brakes are added.

The best thing about these new strategies and layouts on the game is an entirely new feeling of gameplay; you won’t have to be bored playing Minecraft.

Even though the game might be quite old now, but the mods make it a little bit newer.

If you are getting familiar with the game or having a hard time playing through the game strategies.

All the above-listed mod adds different types of features or actions to the Minecraft gameplay.

These mods improve the gameplay activities and can be considered must-have updates whenever you decide to join the Minecraft gaming community.

You might even have a hard time installing and getting most of them to work.

So be sure always to read installation information, to be confident with the appropriate method.

Most of these Best Minecraft Mods do not require too many activities, as you need to extract the newly updated files to a specific location, which is relatively easy.

After extraction to the specified folder, try opening your game for a whole new experience.