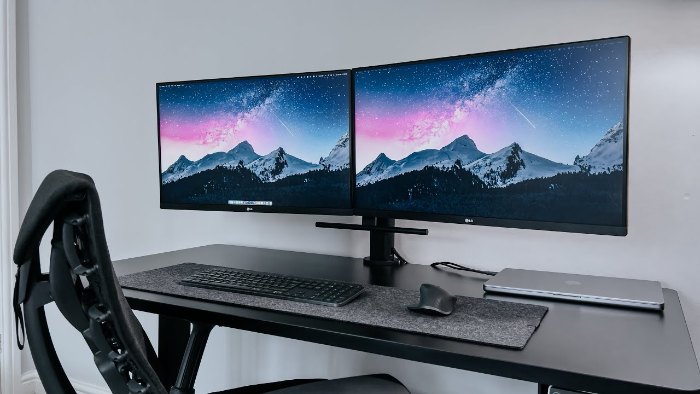 It can be difficult to decide whether to use a multiple monitor setup or not. There are undeniably numerous advantages, but there are also disadvantages. Adding a second monitor is a simple and straightforward process. However, it will have a significant impact on your computer usage. There are numerous variables to consider when switching to a second display.

The main reasons for investing in a dual monitor setup will be discussed below.

A study with over 1000 participants was conducted in 2002, 2012, and 2017. According to the findings, having a second display increased their output by 42%. It’s important to remember that the effectiveness of a dual monitor is dependent on how frequently, and for what, you use your computer.

If you spend more than a few hours a day on a computer, whether for pleasure or for work. Then you will notice the most significant increase in productivity. A computer programmer, for example, can greatly benefit from having two monitors because they can have their code on one and whatever they are testing on the other.

When we examine how long it takes to switch between applications, it appears minor. It does, however, accumulate during the duration of your project.

On a two-monitor setup, you can watch your favorite shows while doing tedious work. I’m sure you’ve worked on a tedious and monotonous project at some point in your life. Consider how much more enjoyable it would have been if you could have done it while watching your favorite show or movie.

Gamers like two monitor setups for one simple reason. Having two monitors allows gamers to disseminate visual information from the game across both screens at the same time, which improves immersion. To increase immersion further you should consider 1440p Gaming Monitors for the best experience. You may even play your game on one screen while watching a movie or listening to music on another.

If you are a gamer, you might consider becoming a live streamer. A multi-monitor setup can significantly improve your overall effectiveness as a Twitch or other live streamer. Using two displays at the same time allows you to see your camera feed on one while playing a game, interact with fans, read your Twitter feed, or do literally anything else on the other.

There are a few disadvantages to consider. The first consideration is the cost. Purchasing two monitors instead of one will obviously increase the cost of your system. It will also increase your energy consumption, which will cost you money.

Another factor to consider is the available space. This isn’t a problem if you have enough workspace, but if you don’t, you may need to purchase a larger desk to accommodate your new monitor configuration.

Despite these disadvantages, it’s fair to say that a dual monitor setup has a lot of benefits for both professionals and gamers as it can significantly improve their experience and productivity.